Why I returned to motorcycling after a 10 year hiatus

I learnt to ride motorbikes and cars when I was around 12 years old. I actually got my motorcycle licence before my car licence.

It started when my friends and I purchased a Yamaha RXS100. We fixed it up and put on some knobbly tyres. We’d take the bike to a fields and forest near my friends home, and take turns learn how to ride. Given that it was off-road, you develop handling skills quite quickly. Around the same time, my parents were teaching me car driving at an off-road course in our Renault Clio. So from a young age I had an awareness of the road and vehicle abilities.

Turning 16 I immediately got my licence and bought a moped/scooter. I’d found freedom! The Gilera Runner 50cc was a great little bike, with knobbly style tyres perfect for the country roads around home.

The day after my 17th birthday I took the practical motorcycle test, passing first time. This allowed you to own any bike if it was restricted to 33bhp. I had a bright yellow Kawasaki ZXR400. I scared myself a little with this bike, but even more so after upgraded to an equally bright yellow Suzuki SV650.

Perhaps I had a thing for yellow bikes 🤔

At 19 I had held my restricted license for two years so could own a fully powered bike. The SV with it’s V-twin engine was a torquey beast, and with my light weight it didn’t struggle getting up-to a decent pace.

On my last day of work the week before I was due to head travelling overseas, I was pulled over for speeding. I was ‘filtering’ (lane splitting) on the motorway at around 90mph. Now this seems like a lot but was actually quite the norm for commuting motorcycles to travel down the center lane at such a speed when cars were all doing around 80mph. That’s the reason I thought the lights behind me were just another motorcycle. Since the sun was setting behind me I couldn’t see the blue and red flashing lights!

Luckily the police officer understood my position on why I didn’t see him in my mirrors for some time. He was quite lenient, and due to a road safety campaign at the time, I was offered the opportunity of completing an advanced riders course in lieu of the fine/points. I opted for the course. The course was delivered by highly skilled traffic police officers. To my advantage the day was very wet and rainy, conditions I’d normally avoid. However, this was an opportunity to learn some invaluable wet weather riding skills.

A couple of holiday rides. My cousins Harley, and a Kawasaki in El Nido, Palawan, Philippines.

It’s been 10+ years since I’ve owned a motorcycle. I’ve rented some on holidays but owning a bike in a hot climate never really appealed to me much. I’ve always put off getting a bike due to some fears and anxiety. I’ve recently written about my journey with mental health, and believe this played some part in myself being overly cautious.

Apart from being deterred by the hot climate, I was anxious about getting hurt in an accidently. However, if we thought about this for every activity we wouldn’t do anything in life. Then I realised that I’m much more experienced and aware than the 16/17 year old Mitch, and my fears were holding me back from enjoying the freedom once again.

Due to living inner city, I seldom use my car. I felt the desire for something more exciting. I started researching small displacement engine motorcycles. I think this would be a good reintroduction to riding, a bit of fun and not too costly. I wasn’t really sure what I wanted, and initially liked the look of the Yamaha MT07 and Kawasaki Z650.

Whilst browsing through forums I noticed the Husqvarna Svartpilen 401 receive a few mentions. I knew Husqvarna made off-road and supermoto bikes, and after research I realised this was their first street bike. They had just released an updated version and it looked awesome! I wanted to try one asap. I found a dealership (MotoHub) that stocked both the Z650 and Svartpilen 401, so I could test ride them back-to-back. The ‘Z’ was nice, and more refined, however it just felt spongey and had little character. Whereas the ‘pilen’ with its 373cc single cylinder ‘thumper’ engine had an abundance of character. It had a more rugged feel with tactile feedback from the engine and knobbly style tyres. It perfectly matches the advertised description of an urban scrambler.

It also had the additional benefit of being >$5,000 cheaper than the boring Z650. I placed an order there and then in October 2020 with expectation to receive it in November-December. Due to incorrect supply chain information from the manufacturer, the dealership received lower quantity than expected, so I had to wait until mid-January for the next shipment to arrive. I was a little bummed by this since I wanted to use it over the Christmas holiday period.

I also enjoyed shopping for clothing, accessories and modifications. I settled on the AGV K3 SV Helmet and Dainese Nexus Perforated Leather Jacket. I’ve also opted for Kevlar leggings so I can wear any pants I like. My boots are Dririder Street 2.0 which are slim, lightweight, and very comfortable for walking and riding.

It took a while regaining the feel for riding on the road again. Learning the abilities of the bike during the 1000km running in period. After 2-3 months I felt much more confident, and being such a light bike (156kg dry) it can really be thrown around. It also helped watching YouTube tutorials on safe riding techniques.

The Svartpilen is great fun, and there’s a lot of bike for the money. It comes with ABS, adjustable suspension, full LED lights, quickshifter, BYBRE brakes and a very handy rack tank rack. I’m trying to ride at least once a week, and once it gets warmer I’ll extend my rides to the north and south coasts.

Known as Kiki due to her number plate characters. 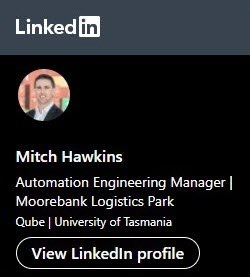